One month ago, a burning story comes to the front in the Pakistani media. The story is about a serial rapist Sohail Ayaz. He had been raped dozens of children. After all, he arrested and people come to know about. The story is not as simple as it looks in a single glimpse. This story has deep roots and its effects are much bigger. I can discuss this in detail.

Before, I go in detail. I want to tell you one thing. This case has been old now. I mean there is no discussion about this high profile case in media, and not in social media as well. We cannot blame social media because it has enough things to do there. Everyone is free to write or do anything there, but Pakistan mainstream media has its responsibilitiees, but unfortunately, no one is ready to accept his responsibility.

According to previous circumstances, I can say that this serial rapist will be released soon or very less imprisonment, he will face. The question is that is really that case is low profile? So why authorities are being ignored this case? Are they wanted to hide something else? But things are not good in away. Now read about the background story or profile of this serial rapist.

Why Sohail Ayaz case is different than other rapists of Pakistan?

First of all, review in your mind, all the rapists who arrested in the past. They all had a poor background. You can say, they belong to low-class people. But, this case is different than the others. Sohail Ayaz is not a representative of the low society of Pakistan; he represents the elite class of Pakistan. If you check the profile of this guy, then you will really shock to read the ingredients of his profile. What is the profile of this Genious sarcophagus? Let’s try to go first.

It is a fact that Sohail Ayaz was the advisor deployed for the World Bank of Pakistan’s province khyberphatunkhwah.  Sohail Ayaz was recommended by a top elite power personality. It means this criminal and rapist has deep roots with Pakistan high personalities. He had a strong government connection as well. The question is who is such a powerful personality behind this criminal?

Is the establishment’s powerful person backing this serial rapist?

There are three powerful sects in Pakistan, military establishment, civil establishment and politicians. The one thing, we try to understand Pakistani politicians are in high trouble these days. The political scenario is changing every day. New conspiracy theories and collaboration among different political parties are going on. Through this scenario, not any politician will be involved to save such a person these days.

Now check this thing in another way, this criminal Sohail Ayaz’s father threatened to the police to stop the interrogation against his son. He openly claimed that he has a military connection. If he says right, then there is not a difficult thing to judge that that is backing this bloody rapist? The viral video of this rapist’s father exists in social media as well.
Think once again. Can I claim that I have a military connection? Can you claim that you have? Yes, you claim only when you know that you have something to show. So the story is dangerous to know.

What is Dark Web 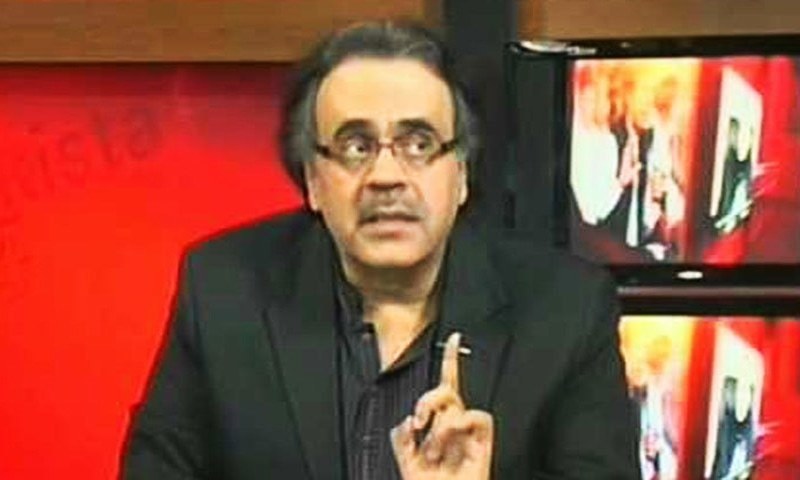 Now I narrate some details of this case. A person named Sohail Ayaz was arrested in Pakistan’s city Rawalpindi some weeks ago. The charge was that he tortured and raped children and sold out their videos all over the world. He used Darkweb for this illicit crime.

Pakistani people are very much aware of anchor Shahid Masood. He was the first person who raised his voice against the dark web in Pakistan. Shahid Masood tried to tell people the dark web is fully active in Pakistan. He explained there is not a minor thing about child rape. It is an international gang behind these hilarious crimes against children. No one believes Dr. Shahid Masood. Even Pakistani courts forced to apologize to this guy otherwise; he could face trial and sentence.

Anyway, now, in Pakistan, a number of hilarious events come to know which prove that there is not a common thing and this is not an individual act if someone rape children. It is a bloody business and a source of earning.

Dr. Shahid Masood proved right again after arrest news of Sohail Ayaz. This guy accepted that he has raped 30 children. One thing keep in mind, this is official statistics, maybe the situation is more complicated than no one knows about. Sohail Ayaz accepted that he used to share children’s live rape videos through the dark web. sohail ayaz video has been viral already.

Pakistani media is exposed and dead

The most surprising thing is that Pakistan is presenting a serious incident under the hand of a person, referring to children, but Pakistani media only argues his fun when a child’s body is found ever. Since Sohail Ayaz has been caught, since the Pakistani media has been the subject of death and no TV channel has any direct say on it.

Is Sohail Ayaz is an evil Genious?

Sohail is not a goth and illiterate person, this person has roamed around the world. The rapist who rapes with children is the first to know that this is what everyone is.

Sohail Ayaz travelled to different countries like Britain, Italy or other countries. He was arrested in Italy in regard to child pornography. He also faced trial and sentenced. It proves that this guy has a criminal background and when this guy comes to Pakistan, no one knows about his past. He got a respectable position to deal with World Bank from the government’s behalf. Nobody raises a question about his previous background. And now, he has done a lot with innocent children and after all, he arrested.

There is no justice is seeing there. The bitter truth is this story has one or two months ago, and there is no trial or anything related to this case has come to know. It simply means that this case will also be closed.

The circumstances show that this is not an individual crime. The real masterminds of child rape cases are still safe because no one is ready to catch them. Can you imagine that Pakistan’s top investigative agency FIA refused to cooperate with this case? It means there is something big behind. Some big fishes did not want to investigate more. So this is today’s Pakistan where rapists are free and no one is ready to speak even civil society has been dead.